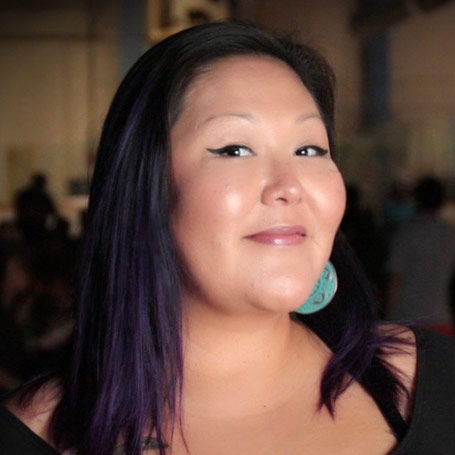 Shaneen Robinson-Desjarlais is a multi-award-winning journalist/broadcaster/writer who’s been on Canada’s media scene for nearly two decades. Over the years she’s spent time at CTV News, APTN and NCI FM. She was honoured to win first place for the Canadian Aboriginal Writing Challenge in 2008 for her play, Notay Kiskintamowin “Wanting to Know”, the same year she was named a National Aboriginal Role Model by the Governor General of Canada—and graduated from the University of Winnipeg.

A highly sought master of ceremonies, event planner, promoter, advocate, speaker, volunteer, marriage commissioner and karaoke connoisseur, Shaneen loves to keep a packed schedule and also sits on the board of directors for Bear Clan Patrol Inc. and The Canadian Folk Music Awards. She has showcased Indigenous artists and their music throughout her career and is proud to be the Indigenous Music Development Coordinator for Manitoba Music. Above all Shaneen’s most important role in life is at home with her husband Martin and their sons Sampson and Marrick.